For a more leisurely short break, cruise from Stoke Prior down to Worcester, then head back again. This route gives you more time to explore the Cathedral City of Worcester and its surrounding countryside. The Droitwich Barge Canal and Droitwich Junction Canal re-opened fairly recently in 2011, after many years of neglect, and it has created a brand new cruising ring for boaters.   It includes a section of the River Severn, but don’t worry if you haven’t cruised a river before, you can ask for a full briefing on this in your handover at the Stoke Prior canal boat hire base.

Starting at the Black Prince Stoke Prior base you’ll enjoy a scenic start to your cruise, heading south on the Worcester and Birmingham Canal towards Worcester. This is a fairly quiet and tranquil route through traditional English countryside, with a mix of small towns and villages that you will cruise through.

Your first flight of locks is at Astwood, a total of six locks, this is located within shouting distance of Hanbury and Hanbury Hall, a National Trust country house and garden. At the Droitwich Junction you’ll head south, continuing on the Worcester and Birmingham Canal past Hammonds Bridge and towards the Dunhampstead Tunnel, 230 yards long.
This area again is very peaceful and scenic, a surrounding of farmland and grazing sheep, giving you a feeling of stepping back in time to a more relaxed era.

There are many locks between the tunnel and Worcester, so this proves to be an active break. You’ll be navigating your way through the five locks at Offerton and a few just past Blackpole before arriving in Worcester. Worcester is worth a quick visit if you have the time. This small city dates back to pre-Roman times as it was an important trade route but the main city of Worcester was founded by the Romans about 50 AD and continued to flourish in the middle ages, through medieval times to the present day.

Interesting places to visit includes the Cathedral, Greyfriars House and garden, the Tudor House and the Museum of Royal Worcester.  It’s a handy little town for stocking up on supplies and a quick drink at a pub if you’re so inclined.

The River Severn bisects the centre of the city and you’ll turn upstream on to this river, passing the Cathedral. The River Severn is the longest river in Great Britain, running for around 220 miles, and this stretch is among the most beautiful areas. There is one manned lock at Bevere, before you turn east onto the Droitwich Junction Canal.

You’ll cruise along this recently renovated canal until back at Droitwich Junction, before heading north back up to Stoke Prior.

For a longer trip, you can head up the River Severn towards Stourport before returning. Book our Stoke Prior Short Route canal boat holiday from Stoke Prior by using our online Availability Search, or by calling Black Prince on 01527 575 115.

Other routes from this base 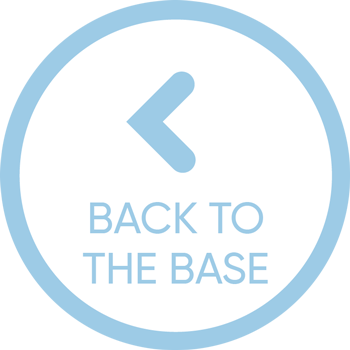 NEED HELP PLANNING YOUR ADVENTURE? HAVE A QUESTION?